A PESTEL analysis considers the external/environmental factors which could impact an organisation in 7 key categories. You can learn more about PESTEL Analysis here.

Here are some examples of PESTEL Analyses of well-known organisations.

The popular ride-hailing company is in a race to dominate the cities in which it operates. It faces numerous challenges from Taxi unions and labour law advocates. It was founded in technology and technology, such as autonomous vehicles, will continue to have a significant impact.

Apple's premium image buys it a lot of loyalty but makes it harder to expand into less affluent markets. Disputes with China could further undermine its economic model. 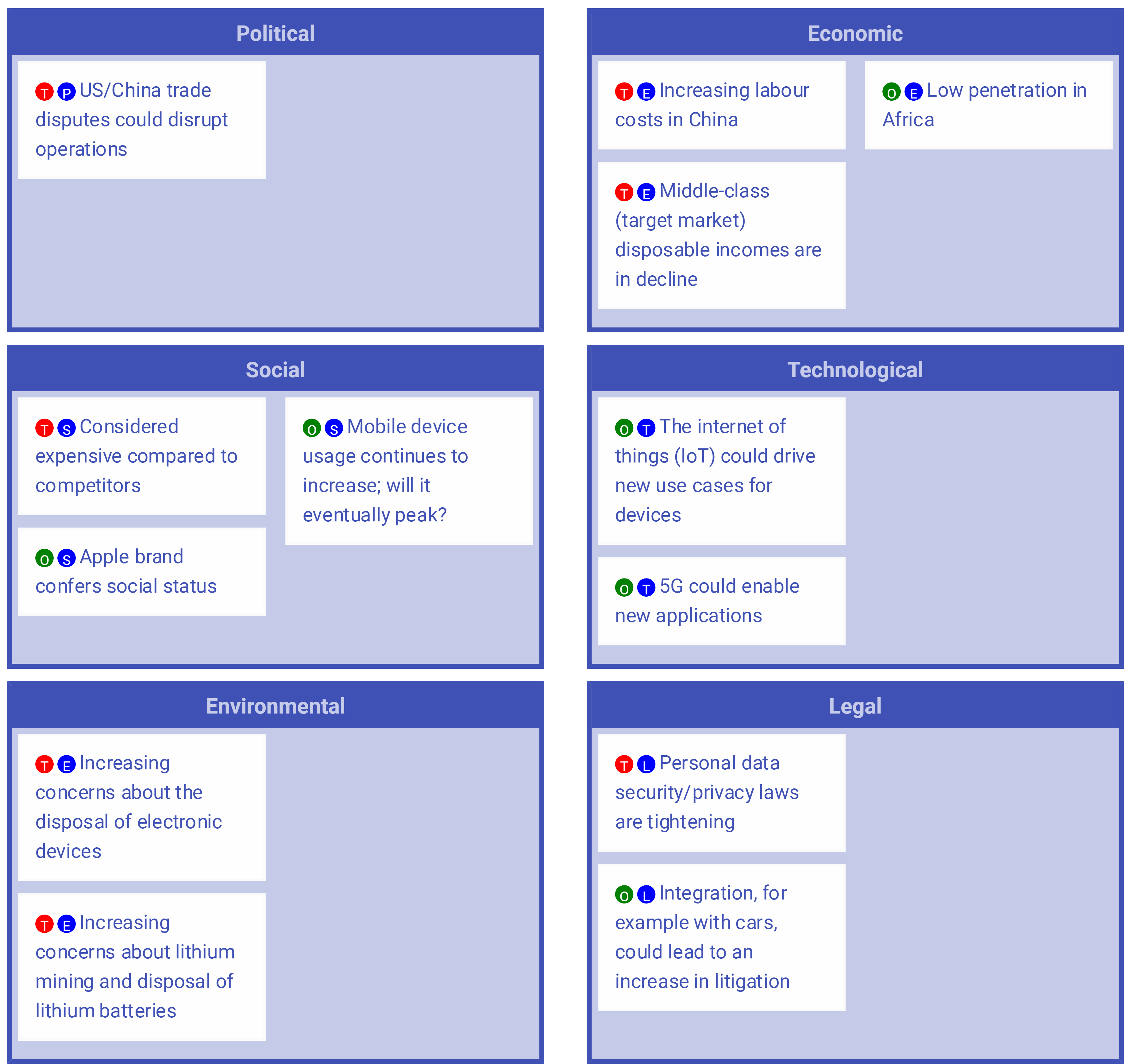 These examples were prepared using StratNavApp.com.

If any part of this text is not clear to you, please contact our support team for assistance.

Do you need a little extra help developing and executing your business strategy?

We offer a range of value add services for you to choose from.